Chocolate and the Tejate – Drink of the Gods

This aromatic tree produces flowers that are closely associated with traditional cacao use. Long before the arrival of the Spanish in Mexico, the Aztecs used these highly pungent flowers, known as Cacaoxochitl, to flavor their chocolate drinks. It was known in the ancient times by names of Poyomatli, Xochicacaohuatl or Cacahuaxochitl. These words literally mean, “flower of cacao” even though the plant is not botanically related to cacao. In Mexico today these flowers are known in Spanish as “flor de cacao” or “rosita de cacao” or “madre cacao“.

The flowers are mixed with chocolate and other ingredients to concoct Oaxacan cacao drink tejate, a spicy beverage with medicinal and religious significance. This energy drink, “the drink of the gods” was originally served only to the ruling elite of Aztecs. They also used to drink cold chocolate mixed with corn and the Rosita de Cacao which they called Poyomatli.

The earliest known record of Rosita de Cacao was noted in 1582 in The General History of New Spain by Fray Bernardino de Sahagun where he affirmed that the name comes from Cacahuaxochitl and means “cacao flower” or Xochicacahuatl which means “precious flowers” and has fragrant and penetrating odor. 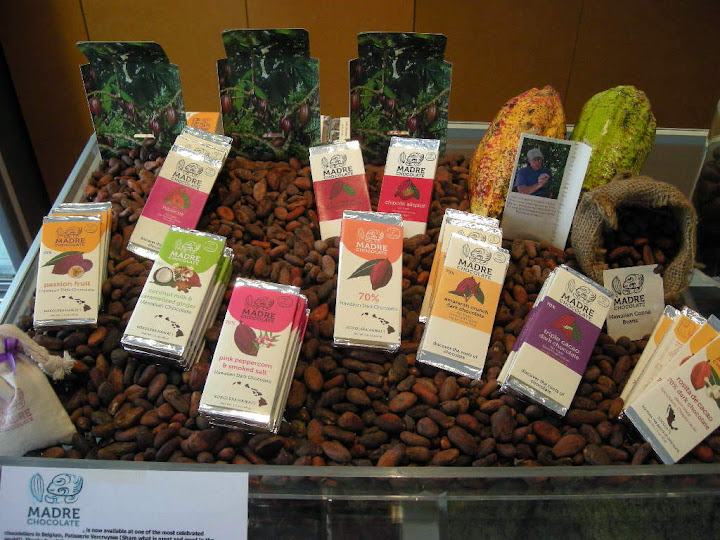 Posted by Geert Vercruysse on 12/07/2012 in Chocolate brands in our shop, ChocolateFriends, History, Learning about chocolate

This site uses Akismet to reduce spam. Learn how your comment data is processed.